Humour in the Bible: book 28: Hosea 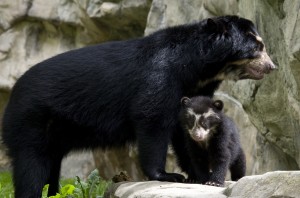 In this podcast I’ll again argue that Robert Carroll gets it wrong. Despite his own fierce black humour he fails to acknowledge its presence or at least its prevalence in the prophets. He writes about humour in Hosea in:

Carroll, Robert P. ‘Is Humour among the Prophets’. On humour and the comic in the Hebrew Bible. Edited by Yehuda T. Radday and Athalya Brenner. Continuum International Publishing Group, 1990, 179-180.

Bob was a fine friend, and a great scholar, I wish he was still around to argue against me! Since he isn’t perhaps you will do him the honour of looking for the gaps or weaknesses in what I say and pointing them out in the comments (he’d appreciate it 😉

Here’s the audio: Humour in the Bible: book 28: Hosea

3 Responses to Humour in the Bible: book 28: Hosea