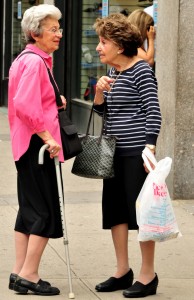 In the legal manouvreing at the start of this reading Paul quotes Isaiah:

“Listen and listen but not understand
look and look but not see!”

But if the Bible is perspicuous (listen to The Perspicuity of Scripture) so is creation: we can’t miss evidence of God, but sometimes we don’t want to hear…

And what a frustrating ending! How does Paul’s story end? Luke presumably knew if Acts was written about AD 70 because these events had happened some 8 years earlier. But Acts is not Paul’s story! Acts 1:8 as program for the book:

“But you will receive power when the Holy Spirit has come upon you; and you will be my witnesses in Jerusalem, in all Judea and Samaria, and to the ends of the earth.“
The book is over, go into the world in peace 🙂

They have witnessed to great effect in Jerusalem, beyond in the Jewish world, and beyond that to the heart of the empire the ends of the earth are just a matter of time… the story of Acts is over – whatever happened to Paul. Once again the Bible is not about US (human beings) it’s about God and the divine plan for the world. The story is over, before Paul reached Rome there were Christians there. The story is still not over we are still writing it as we witness to Christ wherever we are from one end of the earth to the other. Acts is a book of witnesses empowered by the Spirit are you one of its still being written heroes?