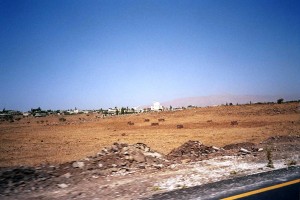 “The Road” or “The Way” common Biblical picture language for a way of life or the direction we are “going”, but it is also used several times in Acts (almost, or probably, only in Acts) as a name for being a Christian. It is a good name because metanoia, repentance, is about turning round and going a different way. Acts also is a book about journeys, with lots of individual voyages, and also the journey of the gospel from Jerusalem to Rome – from Jewish sect to global faith.

In this chapter we hear of Paul’s journeys – the one he planned and the one he ended up taking, that took him from being persecutor to preacher, from grand inquisitor to ardent follower.

The other name for Christian followers in this chapter is the adelphoi, brothers and sisters – it’s interesting question what is a good literal translation today of adelphoi for though the singular adelphos means a brother, and a different word means a sister, often the plural adelphoi explicitly includes women as well as men. So, usually in Bible (unless we have reason to believe only men are meant) the best rendering today is “brothers and sisters”.

Paul’s story is a great example too of how God takes and uses people as they are, does not remake us into different people but redeems the ones we are. So, Saul the enthusiast, stringent, hard-line Pharisee enforcer becomes Paul the ardent, flexible but demanding Christian evangelist.