Why do you read? Or: Was God married? 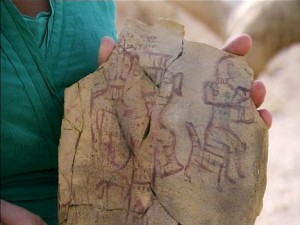 The Daily Mail (a UK tabloid newspaper) carried an article “Why the BBC’s new face of religion believes God had a WIFE” (( Yes, the capitals were in the original, for some reason… )) It caused a flurry among the Twittering classes, and on Facebook, and even among the biblioblogs (though in the latter group most dismissed the article saying: What can you expect from a British Tabloid?)

Actually the article is by Dr Francesca Stavrakopoulou a member of the Society for Old Testament Study with a DPhil from Oxford and a job at Exeter University. So in this podcast I’ll take her article seriously, but use it to ask whether and how it matters why one reads.

Tags: did God have a wife, gender of god, god and gender, God's wife, Kuntillet Ajrud, was God married

6 Responses to Why do you read? Or: Was God married?