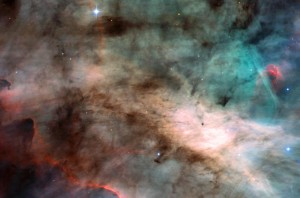 “I am making everything new” what a wonderful promise!

Not just a repair or clean up, but a renewed creation. Back in Genesis, the new line that started with Seth instead of Cain (the murderer) failed, after the flood Noah who was “a righteous man, blameless in his generation; and walked with God” (Gen 6:9) promptly became the first drunk, even Abraham – the father of faith – showed his lack of faith a few verses after responding to God’s call. Clean up jobs don’t work, they just sweep human sinfulness under the carpet. As Jesus’ parable (Mat 12:43ff. Luke 11:24ff.) shows even casting the demon out does no long term good, only a new creation will do, so… the one who began it all will end it all : “I am the alpha and the omega”.

And then there’s the holy city, which is quite clearly nothing like the existing unholy cities, the Babylons that we keep building: Gen 11, Babylon of the exile, and “now” (in John’s time) Rome, and note that in 11:8 he links Sodom, “Egypt” and Jerusalem to my list! Human cities concentrate human evil, but since we are ALL broken even the smallest inhabited place is already contaminated.

So we too need to be made new!